ZenMate is a German VPN provider that will allow you to safely browse the internet and stream Netflix with their Premium service.

ZenMate is a VPN that was founded by two friends: Simon and Marcus from Germany, who wanted to make the whole internet freely available for everyone. Frustrated by geographic restrictions while traveling, Simon Specka arrived back home from an international trip, determined to dedicate his life to this mission, and so ZenMate was born. ZenMate now offers a broad VPN service, with over 300 servers in 20 global locations and boast 40 million users. They abide by the following three principles:

ZenMate VPN provides a free service for people to get started risk-free. The free version is quite restricted and works with IPSec IKEv2 & L2TP protocols (which is not optimal). You are also restricted to using 2MB bandwidth and just 4 server locations. Additionally, the free version works on just 3 clients, so you won’t be able to try it for free if you use an iPhone, PlayStation or Linux and lots of other OS clients.

If you want to jump on and use their premium package, the choice is simple- their Ultimate package which says it is $6.99 per month on their pricing page. However, if you pay upfront (for 2 years) you can get it for as little as $2.05 per month. The paid version does use the best in class OpenVPN tunneling protocol which is great news. ZenMate offers a single point of contact via their online form and no other ways to get in touch. They do have a small online support center but it is not as extensive as many other VPN knowledgebases that I have come across.

What is quite reassuring is that they do have a decent social media presence and answer their FB requests within one day. Not amazing, but not too shabby either. When you upgrade to the premium they do say that they offer “Premium Support” which is a good thing.

Although you can pay via the normal payment methods like PayPal, credit card and bank transfer, ZenMate doesn’t offer any cryptocurrency payment options. This is something that I feel a good VPN provider should really provide to offer 100% anonymity for their clients.  If they could accept Bitcoin, then they would go up a fair bit in our ranks. This is especially important in countries like Germany who are inside the surveillance network.

ZenMate does allow P2P and torrenting with their premium packages. This is often a reason that people opt to use a VPN – so it is great to see that ZenMate is now offering this service. Basically torrenting uses P2P when downloading smaller pieces of data from many machines (rather than downloading one huge file). VPNs are necessary in this scenario, to protect your data when an open connection is created.

The protocols used by ZenMate are pretty decent. Both their  Mac and Windows clients use IPSec and IKEv2 protocols, however, Windows users have the additional option to use L2TP/IPSec. For premium users, ZenMate offers the ability to upgrade to the industry standard OpenVPN protocol. OpenVPN is widely accepted as the gold standard in VPN protocols.

ZenMate offers specialist apps for almost all devices, and you can use their service across 5 simultaneous connections (eg. 5 of your devices at one time).  You can use ZenMate VPN on multiple devices around the home such as Smart TVs (through OpenVPN), PC, Smartphones, and Playstations.  They offer easy to install apps for your convenience.

Additionally, they are continually adding to their servers with well over 200+ new servers added to their network just in the past year alone.  So you know that they mean business!

To offer even more protection, in the off chance that your connection drops, ZenMate provides a kill switch.  This ensures that your data is automatically secured in these situations.

There is always the chance that using a VPN will slow down your internet speed. ZenMate does state that their unlimited bandwidth and lack of throttling should offer lightning fast internet. However, from our experience, many VPNs can slow your internet down a bit too much.

ZenMate does have some great download speeds which is great if you are using their VPN for using Netflix. They do offer Netflix unblocking on some of their US servers. Due to the fact that there is a Netflix ban on VPNs, it is not easy to find a great VPN that offers consistent Netflix unblocking. Netflix only shows their content to relevant locations and block others from accessing it. This is complex and mainly due to distributor agreements. You can read more about this in our Netflix article. We were pleased to find out that ZenMate does work with Netflix on some of their paid US servers, but not with their free package.

If you are really into being 100% anonymous online, then perhaps ZenMate is not the best choice for you. They do log your original IP address, which clearly identifies you as the user. Furthermore, you must pay with payment methods that can be tracked.

Finally, they are in a location that is within 14 Eyes or Multi-Nation Surveillance Alliance. This means that they are obliged to share any data held on you with authorities when asked.  They don’t log your activity when you are online, however, the fact that you are using a VPN can be traced back to you, making the ZenMate service not the best if you are looking to be anonymous.

Their free service works across just 4 locations – Germany, Hong Kong, Romania, and the US and is restricted to just 2MB of bandwidth.  When you upgrade to their premium service then they offer three levels of service. The cheapest of which is their 2-year contract where you get their service for just $2.05 per month which is one of the cheapest options on the market today. Below I have outlined the three paid packages that they offer.

If you are looking to get started with a VPN that will allow you to safely browse the internet and stream Netflix then ZenMate offer some decent features and apps to get you going. However, on the other hand, if you are looking for 100% anonymity, then it might be good to look for a VPN provider that is outwith the jurisdiction of the Surveillance Alliance that allows Bitcoin payments. 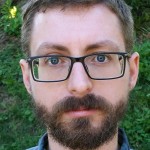